CHARLOTTE & BEN
ALL SAINTS CHURCH CLAVERLEY &
MARQUEE IN A FIELD!

“The photos look amazing, we were a little worried that the weather would have put a dampener (excuse the pun) on things but quite on the contrary.
They look brilliant. Exactly what we wanted, so thank you very much. “

In May we made our way over to Shropshire for the wedding of Charlotte and Ben.  They had chosen All Saints Church in their home village of Claverley.  The reception was held in a large marquee, set in a picturesque field on the outskirts of the village.

This was a very local wedding for the couple.  Charlotte got ready at home while Ben chose The Falcon Hotel in Bridgnorth, which is where Sarah met up with them to cover their morning preps.

For the church service – led by the very friendly Revd Garry Ward – we were given practically no restrictions which meant we could get some great, varied coverage of the service but still managing to stay unobtrusive.  It’s so so nice when we’re allowed to do this – so thank you Revd Garry! 🙂

The weather forecast held true so we had heavy rain to deal with for much of the day.  Although this put a dampner on some of the plans,  the guests didn’t let the rain get in the way of enjoying themselves.  So out came the umbrellas, flip-flops got swapped for wellies, group photos were done inside the marquee and with a little help from the local farmer, stuck vehicles were moved by tractor!  Catering was provided by Kemp and Kemp Catering.

It’s never great to have rain on a wedding day, but it did give us a benefit later-on.  In the early evening, the weather finally settled.  The sun came out and the guests were able to enjoy the outdoor games as originally planned.  As the rain cleared, we had really beautiful light with a backdrop of dark, ominous cloud – the kind you only get when the weather has been really awful.  We even had a rainbow so we had lovely conditions in which to do the couple’s main photo session.

Here’s a few photos from the day, hope you like them. 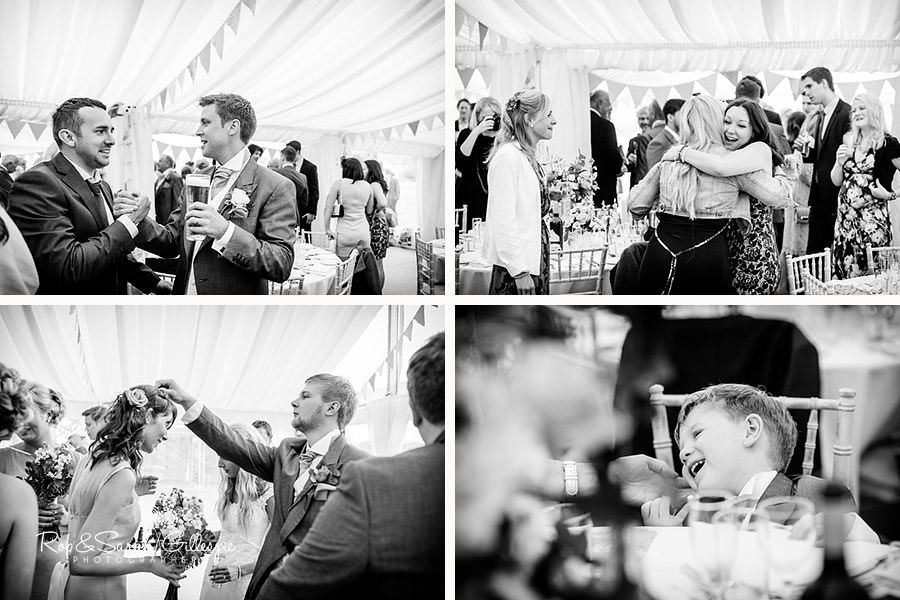 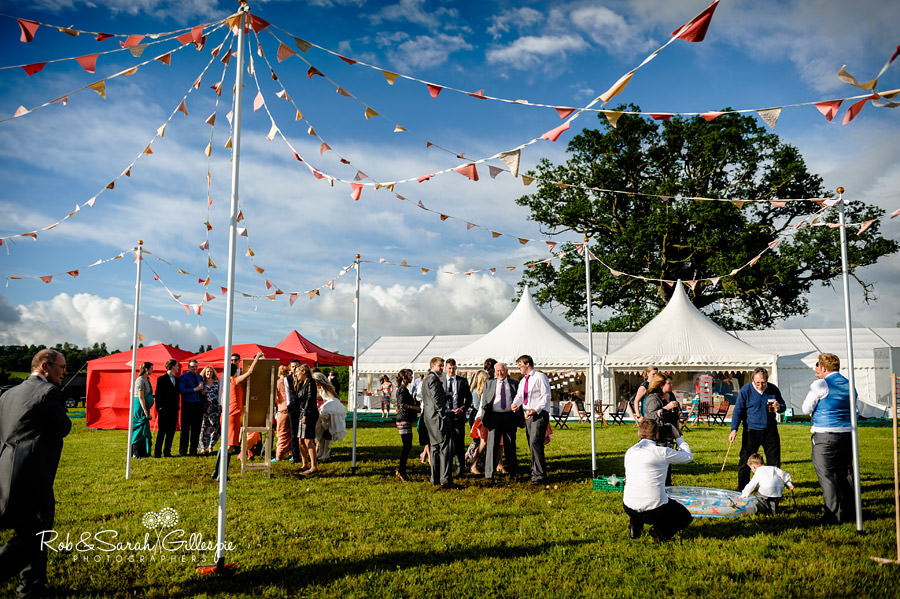 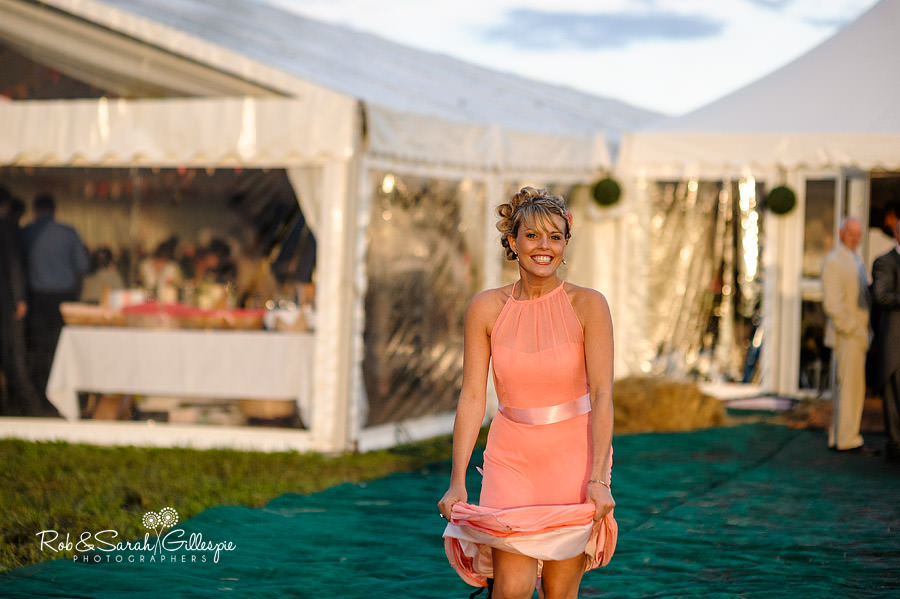 Working together as a pair, we create beautiful and natural wedding photographs with natural, candid images and relaxed portraiture.