In September 2012, we photographed a wedding that was probably unlike any other we’ve done before. Lisa and Tony, a couple we’ve been friends with for several years – they came to our own wedding last year – got married at a fabulous location in Gwynedd, North Wales, called Fort Belan.

This was a full weekend away for us. Not only did we photograph their wedding, but also covered the hen and stag events the day before. Even our dogs – Pippa and Bella – got formal invites!

Fort Belan is located at the very tip of the Dinlle Peninsula, at the opening of the Menai Strait. Built in 1775, the fort was intended as a defence point during the then current American War of Indepedence, although in practice, no shots have ever been fired in anger from it. The fort gets cut off twice a day by the incoming tide which only adds to the isolated atmosphere.

Lisa and Tony’s eschewd most of the usual traditions for their wedding. They both got ready together (with Tony helping do-up the dress!), there was no formal dinner, no speeches. They just did things how they wanted and the result was a very relaxed, informal and lovely day. 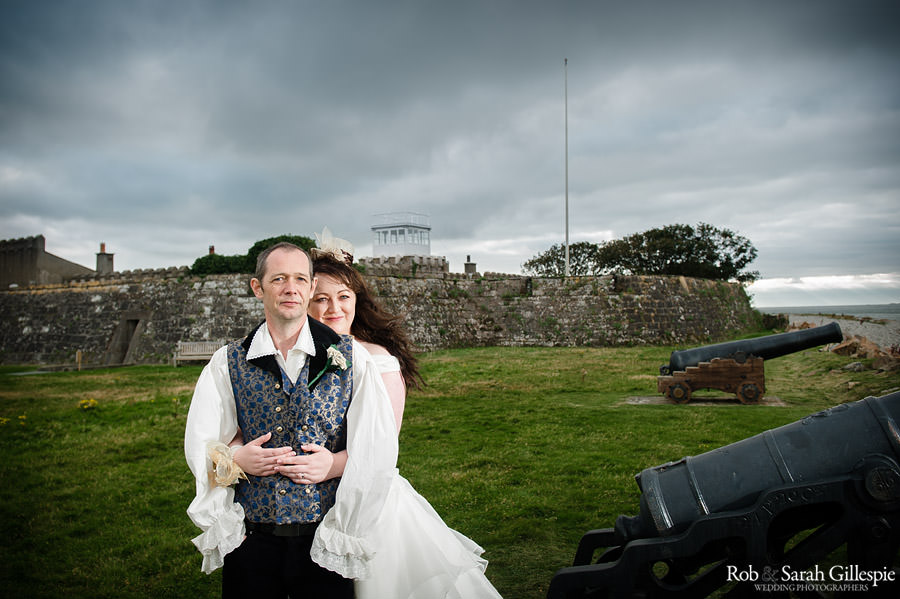